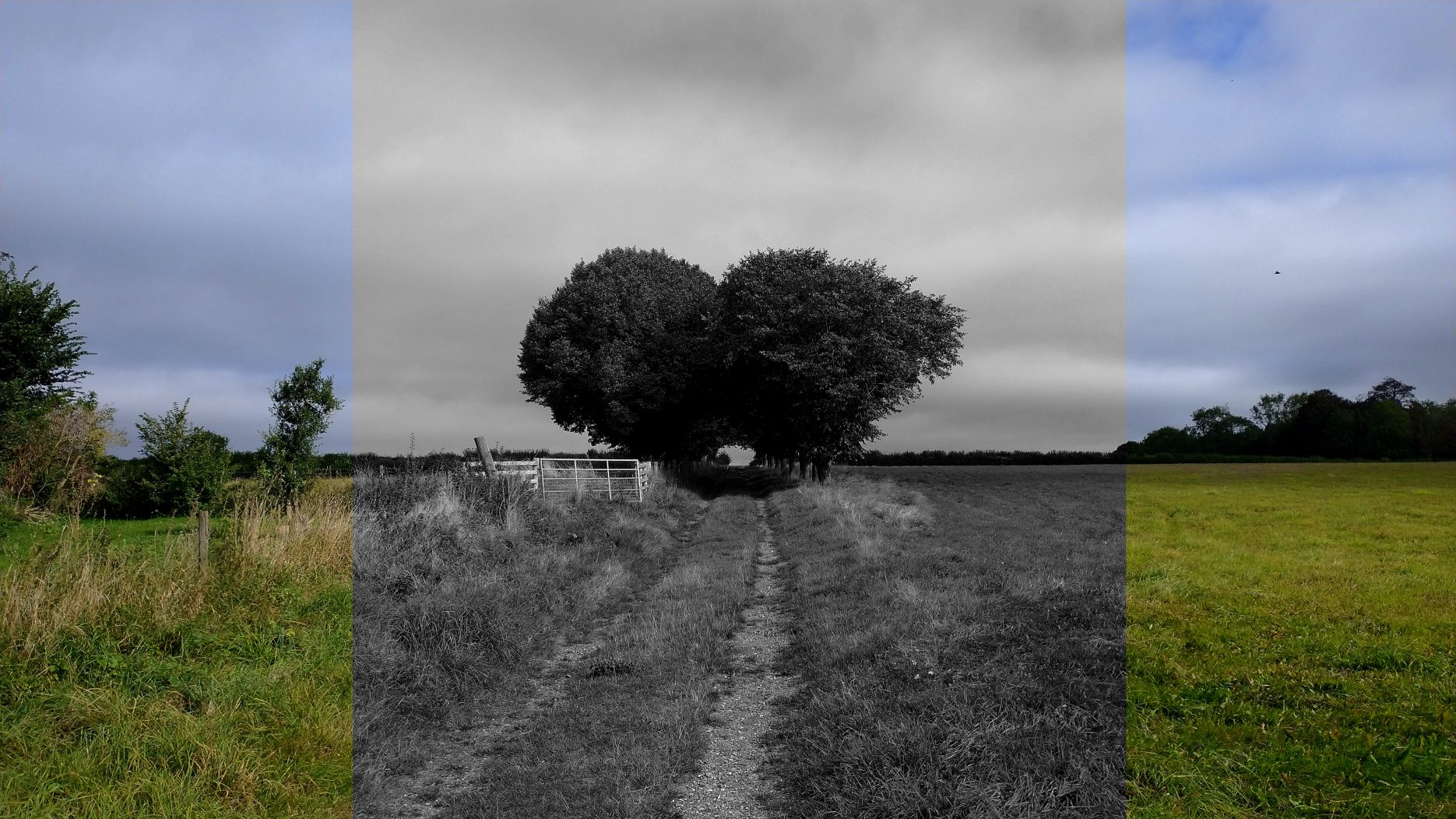 I notice otherness settle in this time. More accurately, I notice a self-othering, a retreat or advancement or slipping sideways of something, as I sit on the train listening to be-suited men barking the names of footballers at each other, or the immaculate chitter-chatter of those on their way to Chichester for a day at the races. The pending gloom of such observations is offset by two spritely and enthusiastic co-pedestrians for the day. We start the day at Chichester cathedral, in front of the Arundel tomb, about which Philip Larkin famously wrote his poem, ending in the line ‘All that survives of us is love’. It rings hollow though, in an era of greater climate awareness, and I cast my thoughts northwards to other groups of pilgrims heading to join COP26 demonstrations in Glasgow at the end of the month. Today is Mabon, the autumnal equinox, ten years to the day since I set out on what became my first pilgrimage in the name of art, and became the film ‘Taking The Michael’.

Morning passes in thrall to pilgrim conversations – druids, horseracing, tories, ghosts and medieval hospitality – and the observance of waymarkers. At Boxgrove Priory, the frescoes depicting plants and flowers and the labyrinth on the floor point towards a more expansive spirituality than often found in churches. The afternoon settles into an easy stride, ruminating on the mental space that is opened up when walking a pre-determined route, when the need for decision making is minimal. Unbidden and unrelated thoughts, memories and desires come bubbling into the gaps, the rhythm of staff and feet insistent on forming connections between not-yet entangled mental furniture. As I plan to sleep at Chanctonbury Ring in a few days time, conversation falls towards ghosts, and my co-pilgrim Celia tells me about her sighting of the White Lady of Dartington. We spend the night in a railway carriage formerly occupied by a tuberculosis sufferer in the late 19th century.

For the second time on this pilgrimage a tawny owl enters my dreams. Since it cropped up last time, I’ve done my research and I’m telling Celia about this phrase from an essay by Helen Macdonald, author of H is for Hawk – the numinous ordinary, what she uses to describe “times in which the world stutters, turns and fills with unexpected meaning.” As I’m doing so, the path comes into a field abounding with birds. Scores of pheasants flap squawking out of the crops, buzzards circle overhead, crows do what crows do, a kestrel lands lazily in a gaunt ash tree.

Celia’s second ghost story relates to a journey undertaken many years ago, cycling to the G8 protests in Germany with two strangers. All three independently felt a strange and dark presence cycling through a forest on the Danish-German border. Shortly after sharing this between themselves they passed a former Nazi prisoner of war camp. Sometime later, I’m telling Celia about thin places. She wonders about the balancing possibility of thick places.

For long stretches, the South Downs Way feels landlocked between oceans of vigorously upheld private acreage. Having slept high, and not carrying cooking equipment, I munch on a bowl of muesli and berries from the thickets around me. It only takes a couple of nights of wild camping for towns and villages to feel like violent intrusions into a rapidly rewilding mind. Dougald Hine has a phrase relating to this easy return to a state of openness and kinship with the more-than-human – ‘robust animism’ – that seems appropriate as an antidote to the humiliated spirits crowding the hedgerows that I’ve recently met.

I arrive at Chanctonbury Ring mid-afternoon, too early to stay the night, and in any case there is a small herd of longhorn cattle, including a foreboding looking bull, grazing in the same field. Instead I put my pack down for an hour, listening to the place breathe and wandering through the curious grove of trees. A thin place for sure, but a narrow sanctuary, hemmed in by noisily competing energies of industrial agriculture, historical land theft and corporate blood sport, in the form of a nearby pheasant shoot. I move on. I fall asleep drinking Irish whiskey and musing on Phil’s Smith’s call for a gnostic walking practice.

Woken by a conversation from the other side of the dew-laden gorse enclosure I’m sleeping in. I gaze up at shimmering cobwebs and listen to the mansplained benefits of double glazing. As if in response to thoughts of gnostic walking, my phone has no signal all morning, the land is quiet and mist-laden ,and I see not a soul until I reach Steyning. It feels like the land is waiting for me to do something, until I stop for a moment in a copse and the hubbub reveals itself in all its chirruping, cracking, dripping, rustling magnificence. Even walking through this bustling micro-landscape suddenly feels like a great violence compared to being still. Again, I feel the pull of simply listening as a way of being in union with other beings. We are all about broadcasting. We have all become our own storytellers, but what is the story? And who or what is listening? 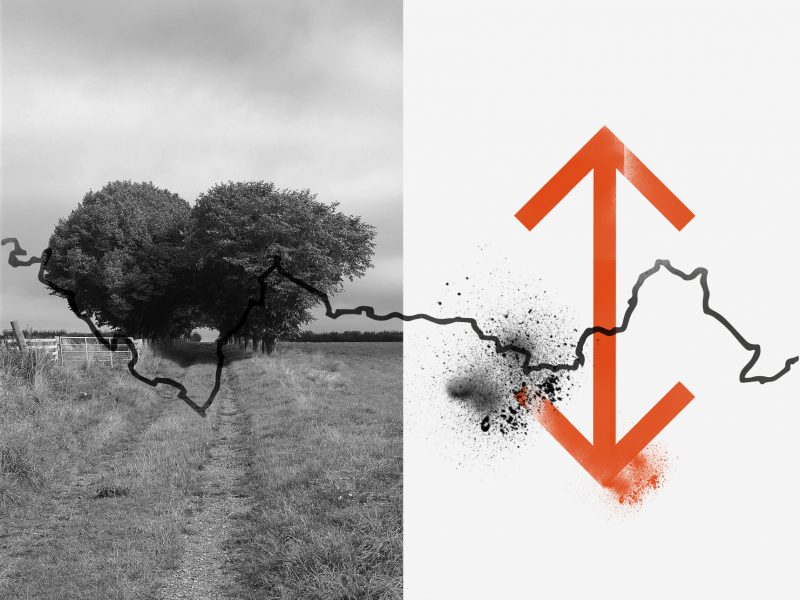 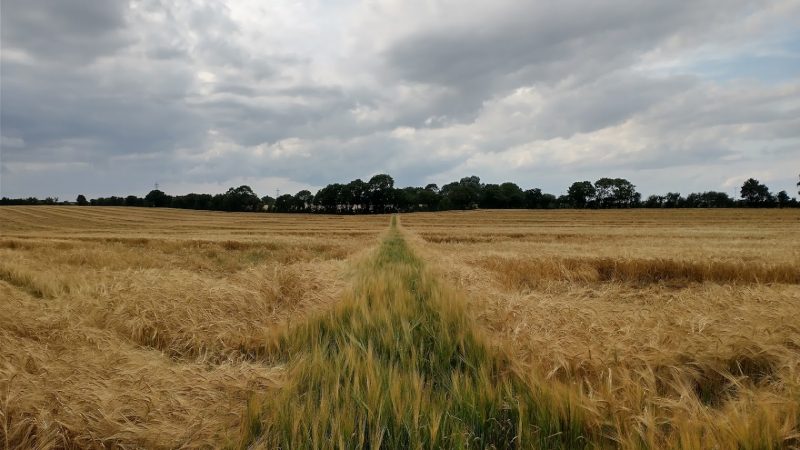 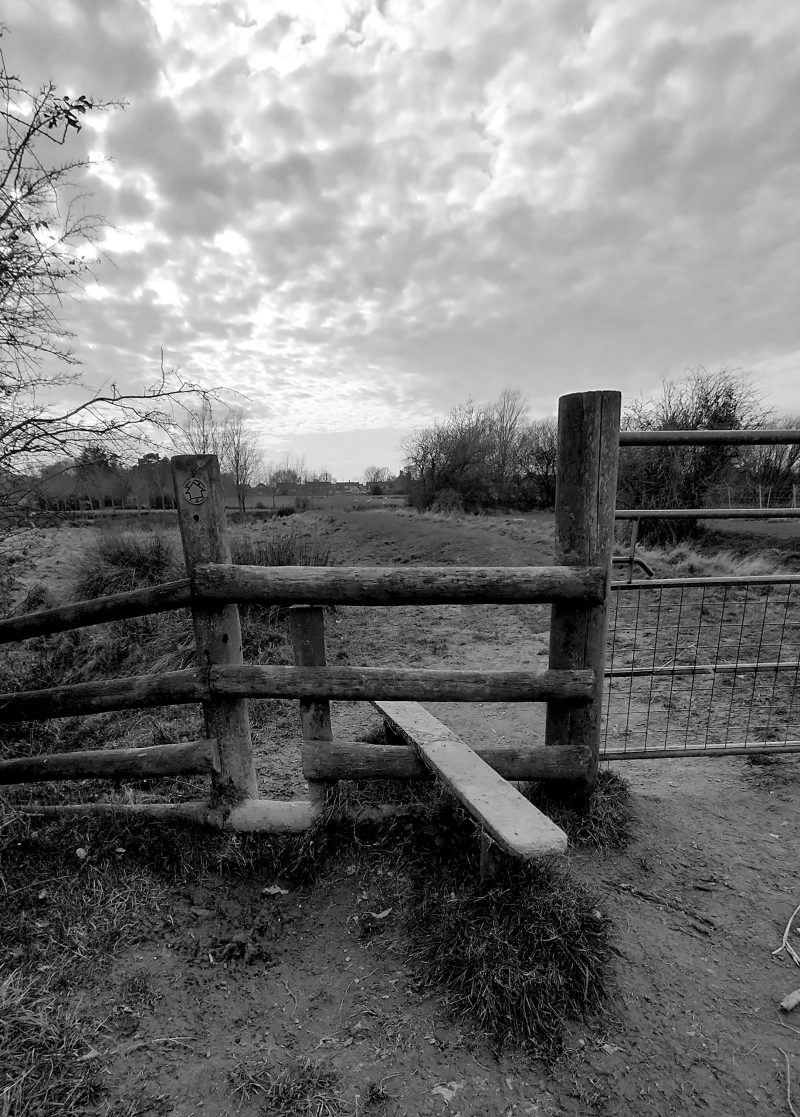